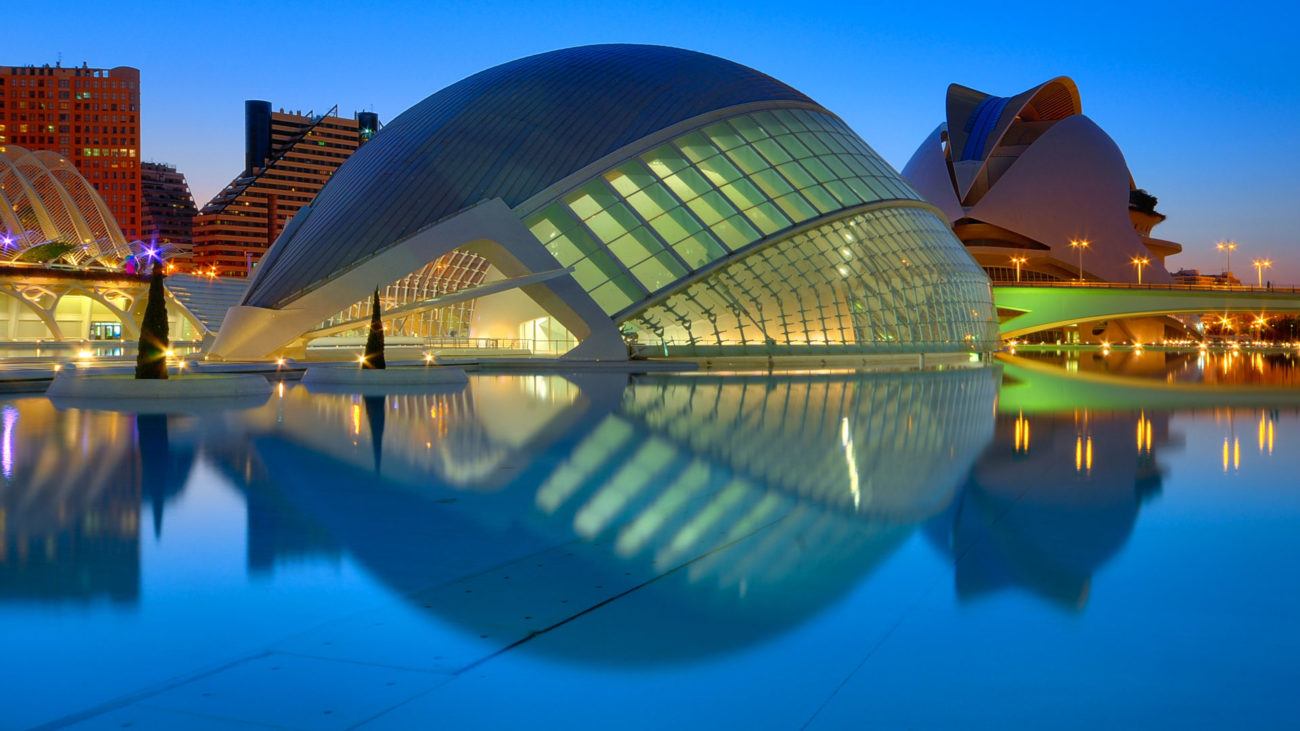 The oldest of the spaces of the City of Arts and Sciences: l’Hemisfèric, has become the eye of Valencia. Its iconic ovoid roof over 100 meters long symbolizes the eye of wisdom, the gaze that visitors discover through the audiovisual projections that take place in its spectacular sphere-shaped room, the largest in Spain.

Built on a reinforced concrete structure and closed by a metal roof formed by 90-meter screens, the building occupies 14,000 square meters and emerges from the center of the 24,000-m2 rectangular pond that surrounds it. This technological and educational space is capable of accommodating 1,000 people in one visit. On its 900 m2 concave screen you can witness large-format IMAX cinema, 3D digital cinema and digital projections.

The Dome or spherical dome resembles the pupil of the eye; the toric vaults represent the eyelids and the glazed gates act as eyelashes. The building is made up of a combination of fixed and mobile structures that cover the hemisphere arranged in the center and which houses the projection room. The sphere is visible when the mobile structures are opened.

Reinforced concrete is essential in the building, both for the volume used (14,000 cubic meters), and for its constructive and aesthetic value. Foundations, retaining walls, horizontal slabs or stands were made with this material, treated and designed in white for visible spaces.

In contrast, the sheet has been resolved with steel, aluminum and glass, three light elements. In addition, granite flooring with different shapes and treatments, stainless steel carpentry and the Valencian trencadís in the vault and ponds were used for the cladding, materials that allow the balance between the concrete surfaces and the use of the building.

Due to its location and construction, the visual perception of L’Hemisfèric exceeds four kilometers in depth, an unusual dimension in Valencia. L’Hemisfèric is the window through which the visitor looks out on science. The eye of Valencia, which looks at the world