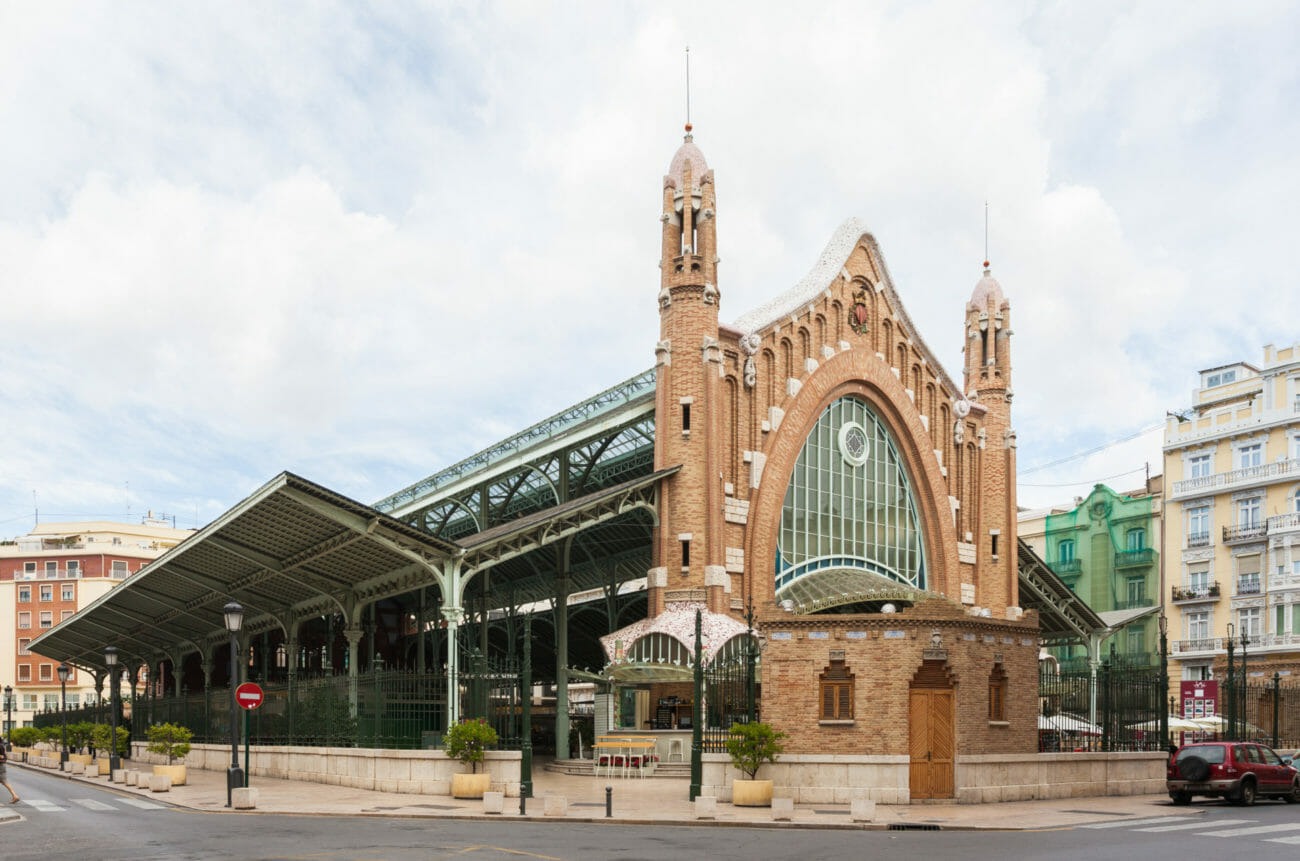 The Colón Market in Valencia presents two great attractions: its architecture, one of the most emblematic of modernism, and its activity as a gourmet gastronomic place. It is located behind the Calle Colon, a commercial artery that gives it its name and that presents the most expensive rentals in the city. It has become one of the most exclusive places in Valencia. Visiting the Mercado de Colón in Valencia is an appointment with gourmet modernism.

Located in the Ensanche, taken over by the bourgeoisie at the beginning of the 20th century, and surrounded by stately buildings, it was built between 1914 and 1916. Thus, the demands of the residents, who had to move to the distant Central Market or Ruzafa Market to meet provision your pantries.

This National Monument designed by the architect Francisco Mora, stands on the former Marqués de Campo gas factory. Participate in the modernist vision of architecture as a total work of art.

Mora, Gaudí’s student with whom he learned in the construction of the Holy Family, gives prominence to forging and iron, but also to a profuse decoration. The Mercado de Colón occupies 3,500 square meters, distributed in three warehouses, the central one with 18.60 meters high.

The cast iron columns, the brick, the polychrome ceramics as an ornamental element in mosaics and cladding, the glass, the artificial stone, used for the Mercado’s iconographic program, and the carpentry respond to this modernist conception.

The interior has 36 iron columns, and on the roof there are two chimneys topped with ceramic-lined curved shapes. The Y-shaped open side canopies are reminiscent of a train station. In addition to surrounding the market with greater ventilation, they give the place an industrial air.

Inaugurated on Christmas Eve 1916 with great pageantry, it went into decline, both due to the retirement of merchants and the lack of maintenance. After its restoration (2003), which received the Europa Nostra Award for the best architectural intervention, it has become an impressive center for restaurants and hospitality.

Surrounded by elegant buildings. Close to the old Turia riverbed, and separated by the Gran Vía Marqués del Turia from another mythical Valencia leisure area, Cánovas, it has established itself as one of the coolest and most bustling places in Valencia. Gourmet modernism meets at the Mercado de Colón in Valencia