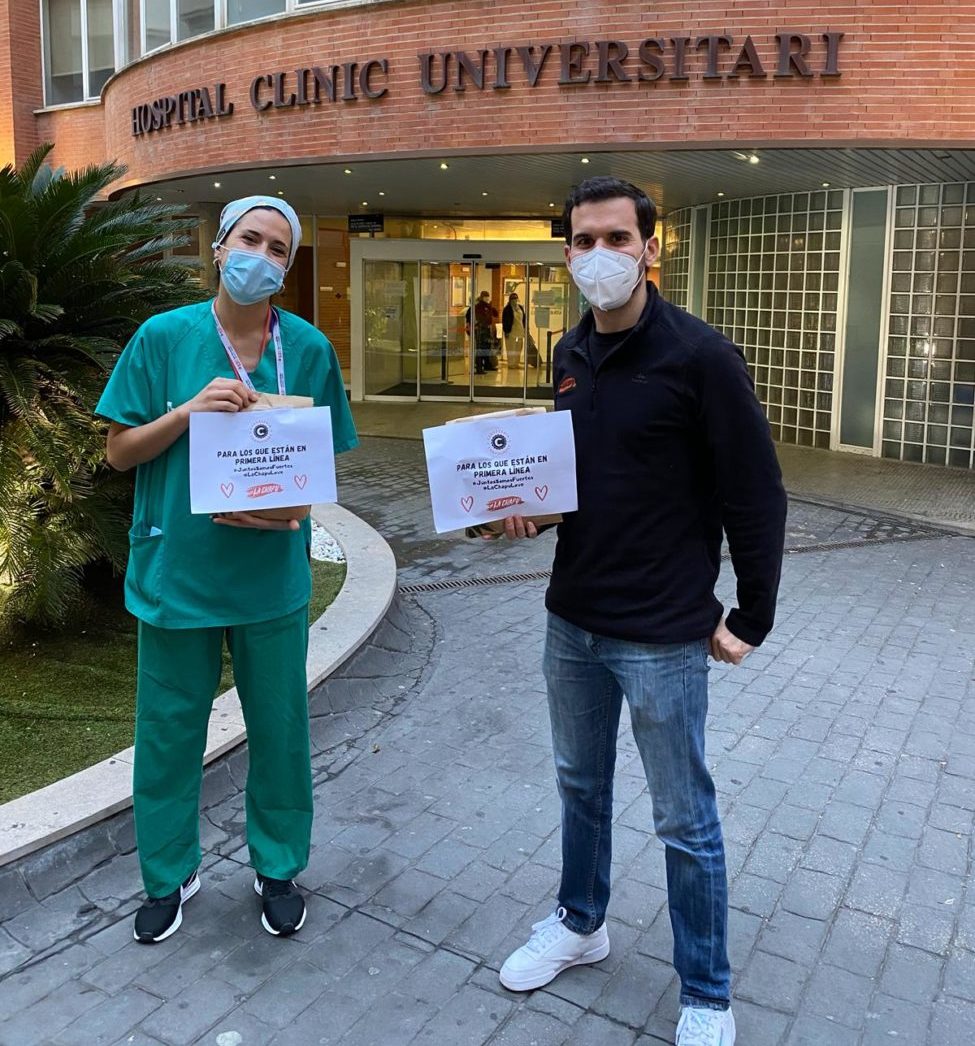 Valencia was the city chosen by the Mexican chain Chapultepec to open its first brewery in Spain, and its owners did not hesitate to join in bringing the authentic Mexican flavour to # Food4heroes.

The ten people from the department of the Hospital Clinico de Valencia who received their food, tasted tacos, burritos and non-alcoholic beer. “It was one of the first requests we made,” recalls the owner, Pepe Rodríguez. They had spent two weeks with the establishment closed by the State of Alarm.

“I thought it was a good way to thank the health workers for their work in a moment of fear among society, and also to cheer them on that delicate moment,” explains.

“We opened on February 15, so just when the state of alarm was declared and we had to close we had been open for a month. We were doing very well, “he says. After fifteen days closed, they chose to offer the service ‘at home’ “to give life to the business”.

Pepe Rodríguez landed in Valencia at the beginning of the year to lead the European expansion of a chain with four years of life and he found the decree. “Home delivery allows us to maintain activity and jobs, in addition to helping our suppliers,” he says.

Now it also offers the ‘take away’ service, which has allowed them to “make ourselves known in the neighborhood. Many tell us that before it was always full and now they can at least get to know the menu”.

Chapultepec is a disruptive brewery, which breaks with the concept of a traditional restaurant-bar, and offers food and drinks at a single price: 1.70 euros. Born on October 1, 2015 in Guadalajara (Mexico), it has more than a hundred stores in the country. In addition, it has expanded into El Salvador, Argentina, Colombia or Costa Rica.

Now Chapultepec comes to Valencia to offer solidarity to #Food4heroes and its genuine Mexican flavour.

Artisan flavor to sweeten the day to the toilets