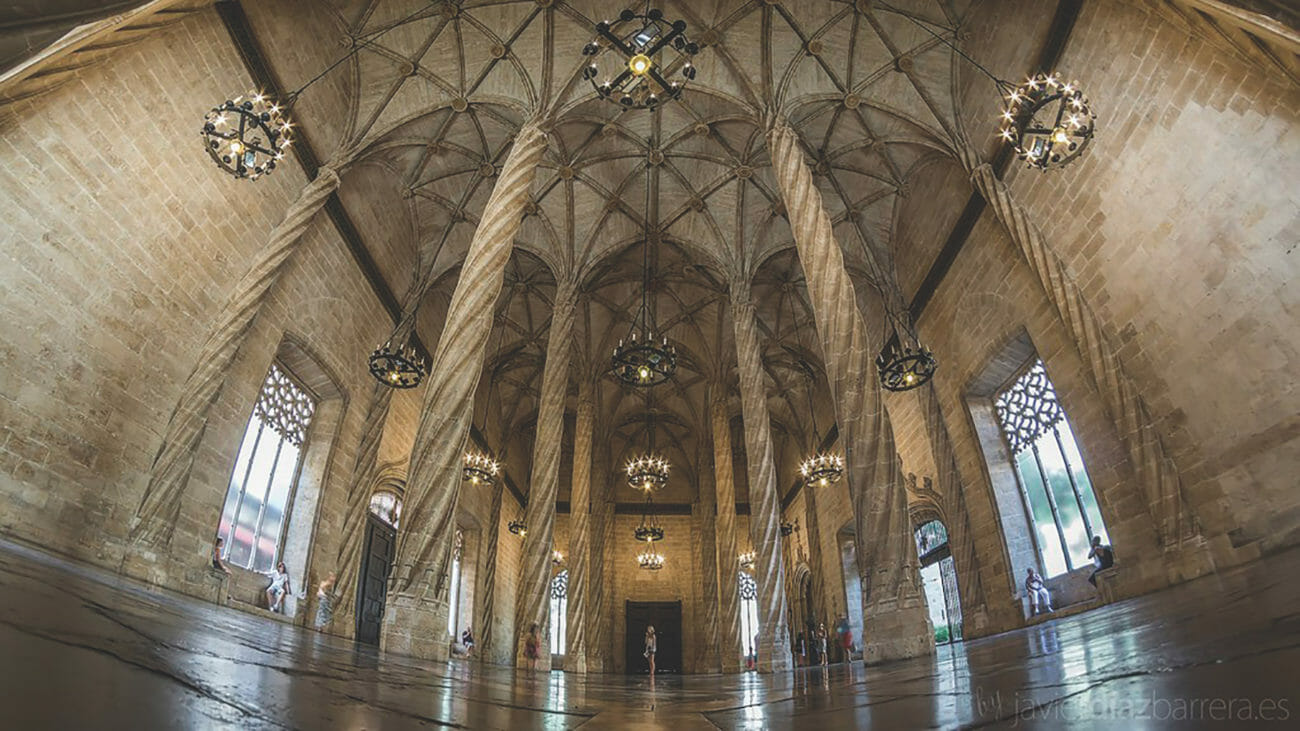 The Lonja de Valencia is in the late Gothic style, built around the years 1482 and 1498. The main person responsible for its construction was Pere Compte, a citizen of Valencia, an engineer and architect at the same time.
It is the birthplace of the commercial, bag and silk city. It was the equivalent today of a bank and a meeting place for merchants.

It has been listed as a UNESCO World Heritage Site since 1996. It is, without a doubt, the most important historical monument in the city. The upper part of the building is characterized by an elaborate finishing of battlements. In the impressive interior, the 24 Solomonic columns stand out. In addition, the visitor should not miss the Sea Consulate Hall, known for its beautiful carved wooden ceiling adorned with gold decorations.

It is located just in front of the Central Market and the Church of Los Santos Juanes. Its total area is 1,990 square meters. It consists of three bodies that are distinguished by the naked eye and a garden known as Patio de Naranjos.

Inside the Valencia Market, in the Trading Room, the Exchange Table was installed, where commercial and mercantile transactions were carried out, and which gave rise to the first known Bill of Exchange in Spain. This is preserved in the Municipal Archive of València.

The two floors above the ground floor were once used to imprison merchants who left outstanding debts.