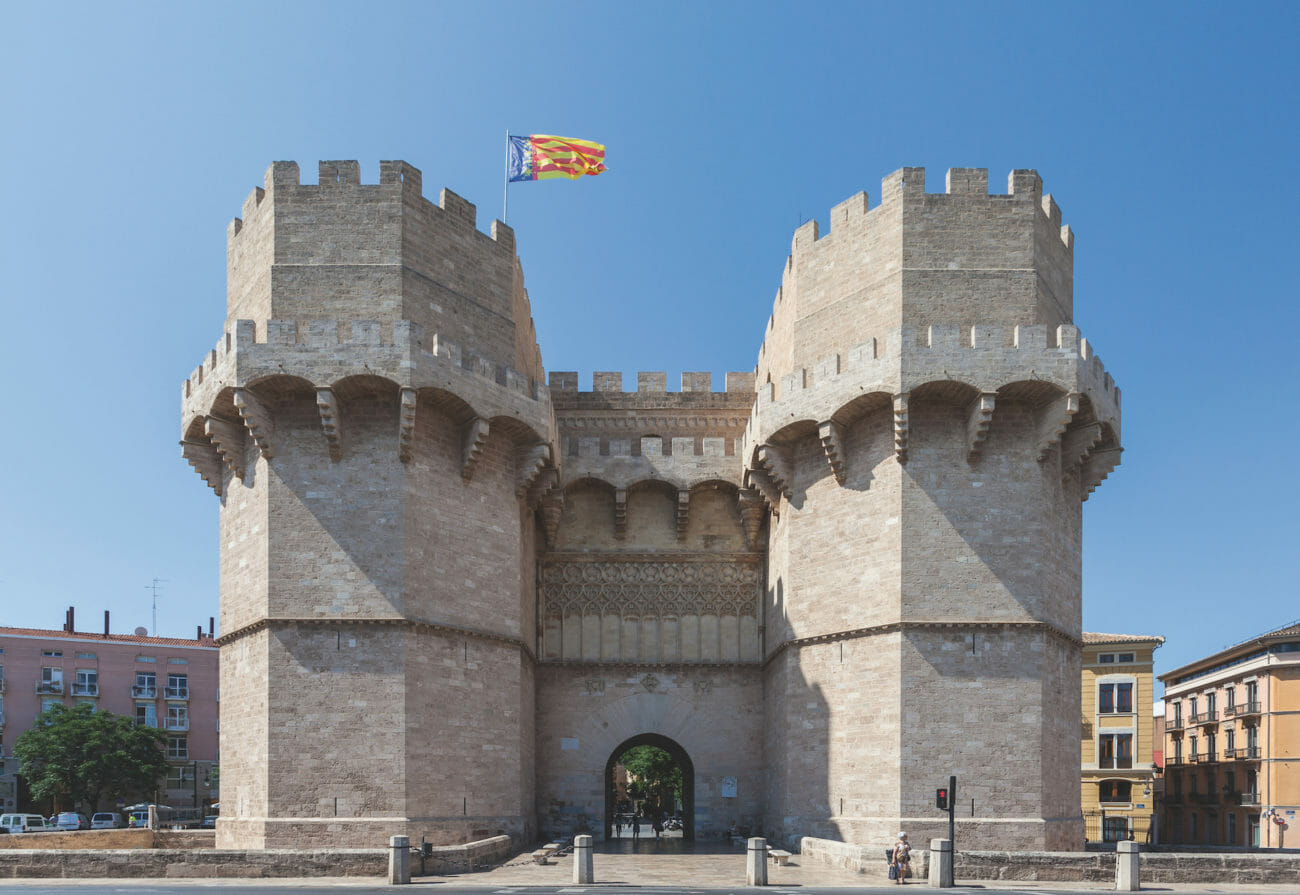 The Quart Towers are of the XVI century, part of the ancient walls and towers built in resemblance to the Castel Nuovo of Naples. The architectural style is late Gothic and the original function was defensive.

Another set of nearby towers, the Serrano Towers, were also part of the old city walls but they originate from a century before the Quart Towers. The Serrano’s towers have been completely renovated and modernized.

We invite you to go up to the top of the tower, but beware, the towers are steep and there are lots of steps (132 steps). No access for wheelchair or if you’ve difficult walking. Glass panels on the battlements are a nice touch. Beautiful view over the old town and the old riverbed of the Turia river.