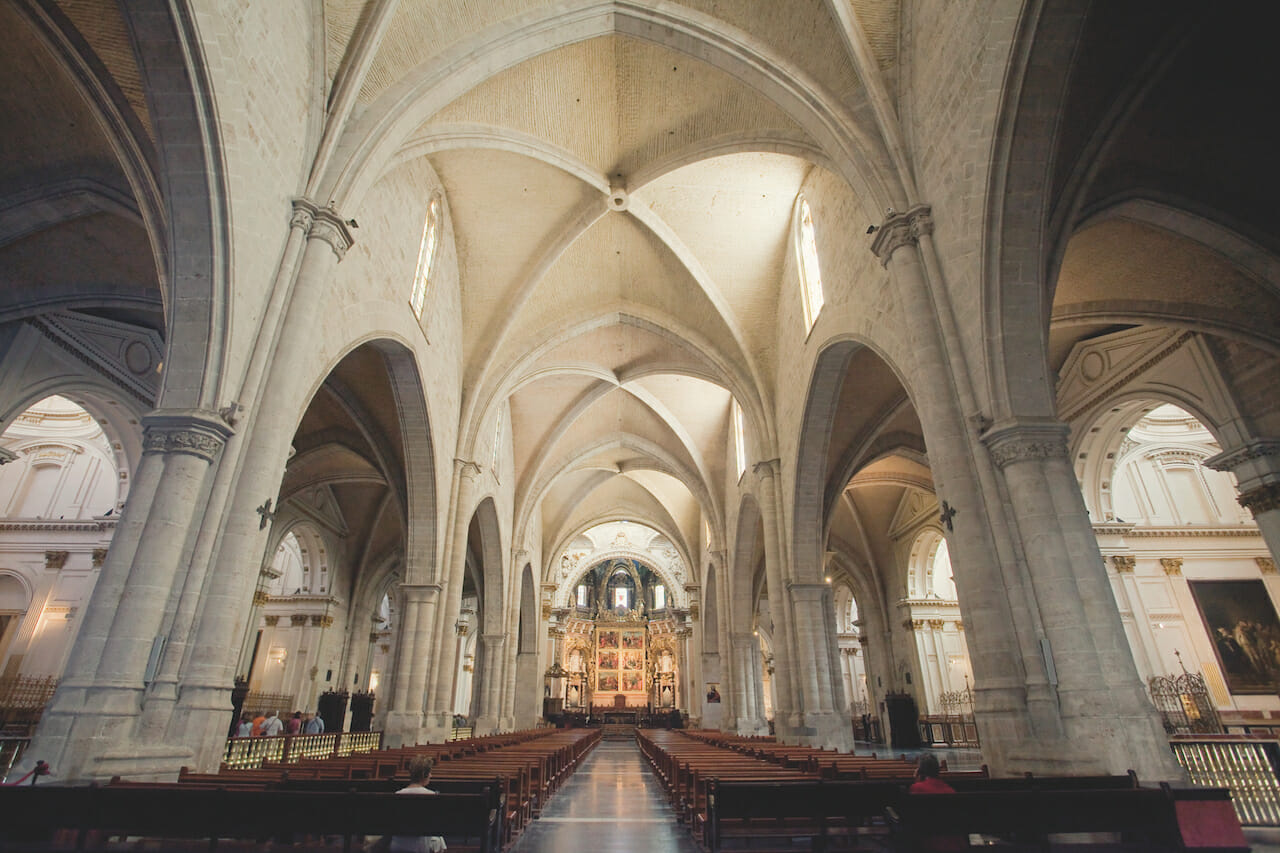 The Cathedral of Valencia was built in 1262 by order of King Jaime I. Being a construction in which different styles can be observed, one of its main attractions are the different access doors.

The oldest is Romanesque and is the Puerta del Palau. The main entrance is the Puerta de los Hierros, which is baroque in the 18th century. The third access is the Gate of the Apostles, which is Gothic in style. For more than a thousand years, this last door is the home of the Water Court that judges and issues rulings on disputes between farmers in the irrigation system.

Valencian Gothic is the predominant constructive style, although it also contains elements of Romanesque, French Gothic, Renaissance, Baroque and Neoclassical.

Inside, the Holy Chalice is venerated, dated from the first century, and given to the cathedral by King Alfonso the Magnanimous in 1436. It is said that it was the Grail of the Last Dinner.

Inside there are some of the first and best paintings of the Quattrocento of the entire Iberian Peninsula, which arrived from Rome through artists hired by Alexander VI. This last Valencian Pope, when he was still Cardinal Rodrigo de Borja, made the request to raise the Valentina headquarters to the rank of Metropolitan, a category that was granted by Pope Innocent VIII in 1492.